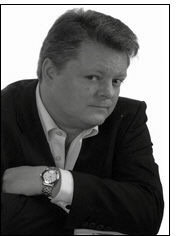 Physically this book resembles the Wayne Dobson's WD40, published by the same firm. It’s an interesting work, divided into three parts; one part tricks, two parts other stuff. For some the inclusion of “other Stuff” is likely an off-putter, but what can you do.

The first of the “other stuff” is an entertaining autobiographical sketch (very sketchy), edited by Graham Hey. The second part of the “other stuff” is called The Devil’s Advocate and is a collection of opinions and viewpoints. Since nobody fully agrees with anybody, there’s bound to be a heady mixture of head nodding agreement and head shaking disagreement among readers. However, the points made will likely do their job and make nodders and shakers of all persuasions at least think a bit.

The trick stuff is made up of 28 routines; the editorial hand at work in this segment of the book is Mark Leveridge—along with Graham Hey one of the board of control at magicseen.

These routines are all very practical and are constructed very much in the Tony Griffith manner. Practical, direct and commercially proven material with the emphasis on simplicity of effect. I’ve seen Andrew lecture and know that the stuff works. More than that I’ve worked a couple of close-up strolling gigs with him and know from first hand experience that what he advocates in the book he puts to good use in the (jargon alert) real world.

If I have one crib it’s the over-brief description of some of the moves mentioned in the text. They’re all basic and are fully available in numerous sources, but I think it would have rounded the book off nicely had more comprehensive descriptions been included. And preferably with Andrew’s thoughts and observations on exactly how he uses them.

Overall a good effort from both publisher and author.