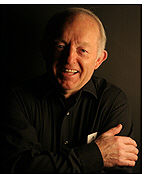 On the evening of March 22, 90 members and guests attended the Cornish Magical Society’s 53rd Annual Dinner at the Membly Hall Hotel in Falmouth. The Dinner was dedicated to the memory of Joan Burford a long-term member, past President and Treasurer of the Society who sadly passed away on Boxing Day. Before the meal, members entertained their guests with close up magic at their tables. Once coffee had been served, the President, Jon Martin, welcomed the guests and announced that the guest of honour, Paul Daniels, had kindly agreed to become an Honorary Vice President of the Society. To mark the occasion Jon presented Paul with an engraved magic wand. Jon then invited the members of the society to raise a toast to the guests. In replying on behalf of the guests, Paul said he was very pleased to be associated with the Society as Cornwall was where he had started his professional career. He then spoke for a very entertaining few minutes as he recalled some of the incidents from his life in magic. This was followed by a short eulogy for Joan Burford from Paul Scott, the immediate Past President.

The cabaret was by none other than the Society’s new honorary vice president. The audience were treated to a number of tricks and effects from Paul’s extensive repertoire which were all served up with a good helping of humour. Guests were called up to assist from time to time which enhanced both the magic and the humour. Those of us who had seen Paul during his recent tour had the opportunity to see some of the effects he had used then such as: the Linking Rings (calling up a young girl to help him); Bill Abbot’s Bad Ass (which involved an imaginary toilet - you had to be there!); and Dean Dill’s Box which stunned the audience to silence. However, there was so much more and, unfortunately, a short review like this can’t possibly do justice to the evening. Everyone agreed that this had been a fantastic show by one of the greats.

The Cornish Magical Society would like to thank Paul for agreeing to become their Honorary Vice President. We would also like to thank the Membly Hall Hotel for looking after us so well on the night.